As part of our commitment to continuing education New Zealand College of Massage is proud to bring you Walt Fritz' Foundations in Myofascial Release, work.

Walt Fritz, PT has been a physical therapist since 1985 and has been practicing myofascial release (MFR) since 1992. After training with and working for some of the pioneers of the MFR field, he began to move the traditional myofascial release narrative from its historical roots into more modern and accepted narratives of neurological explanation.

In 2013 introduced The Foundations in Myofascial Release Seminar for Neck, Voice, and Swallowing Disorders, directed toward the unique patient population of the speech-language pathologists and other voice professionals. He teaches across the United States, Canada, and abroad.

This two-day, hands-on workshop will provide the speech-language pathologist (SLP), as well as PTs, OTs, and MTs with an interest in pathology/dysfunction in the upper thorax and neck regions, a solid grounding in the use of myofascial release (MFR) and other manual therapies for the treatment of voice and swallowing-related disorders.

The evidence-base and science-base will be reviewed, as well as the anatomy and physiology of the nervous system, the autonomic nervous system, the fascia, and corresponding muscle groups it supports. The majority of the course will be spent on supervised hands-on practice to develop comfort and expertise in performing these techniques for patients with specific types of voice disorders, dysphagia, head and neck cancer rehabilitation, and issues surrounding the jaw, mouth, and tongue. 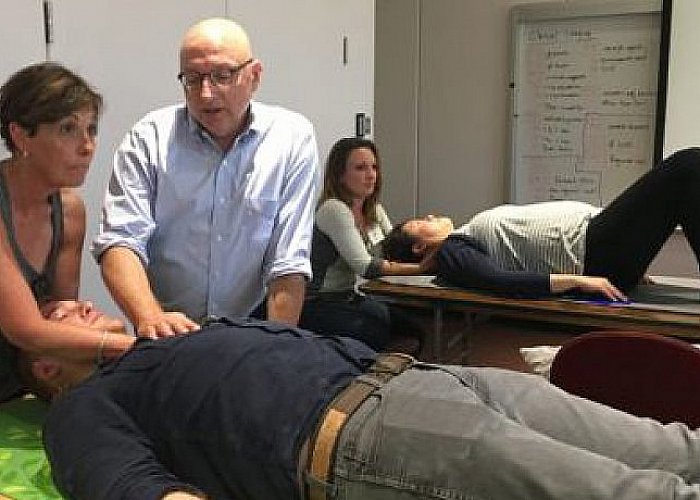